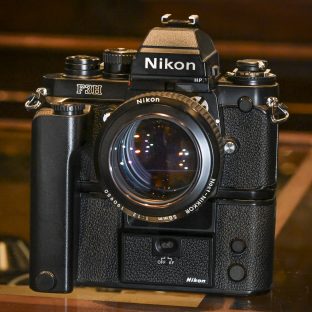 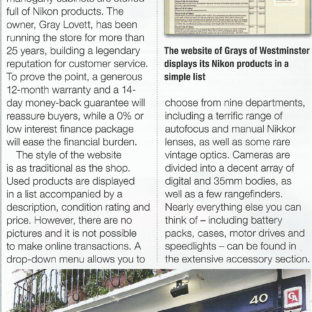 Posted on January 5, 2015 by Grays of Westminster 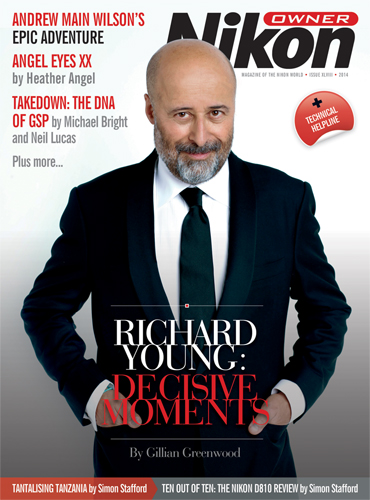 Over the last forty years, Richard Young has become not just one of the most important, highly respected and well-loved photographers of our time, but a formidable legend in his own right. We celebrate his remarkable achievements in a unique interview in this issue of Nikon Owner.

TAKEDOWN: THE DNA OF GSP by Michael Bright and Neil Lucas

Canadian filmmaker Peter Svatek of Triplex Films wanted to make a major film about GSP, George St. Pierre, the French-Canadian martial arts fighter. Michael Bright and Neil Lucas tell the story of how they were suddenly thrown into the world of sophisticated cage-fighting.

Andrew Main Wilson continues his quest to photograph every single country in the world, and takes us on a trip to the amazing Iceberg Lagoon of Jokulsarlon Glacier.

Simon Stafford introduces a small potpourri of guests’ photographs taken during their adventures on safari with Nikon Owner magazine through northern Tanzania in July 2014.

In Ice Roamers Heather Angel describes how she shot a picture of a polar bear and her cubs which was chosen for the front jacket of the BBC book Planet Earth – the Photographs. The book was based on the ground-breaking television series Planet Earth, presented by Sir David Attenborough.

TEN OUT OF TEN: THE NIKON D810 REVIEWED by Simon Stafford

Simon Stafford takes a close look at the Nikon D810 and compares it with its predecessors the D800 and D800E.