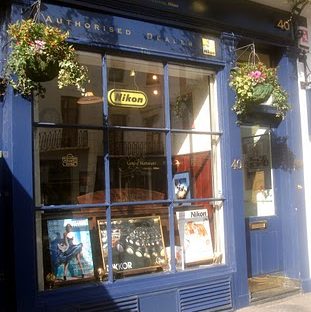 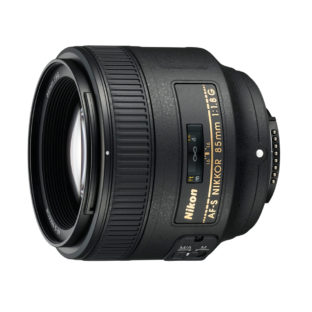 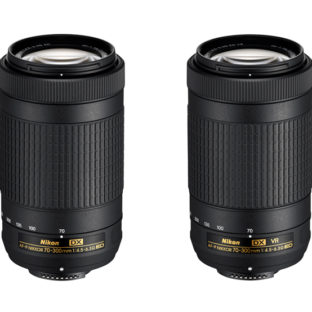 Posted on April 4, 2017 by Grays of Westminster

London, UK, 3rd April 2017: Nikon is pleased to announce its range of commemorative models and goods to celebrate its 100th Anniversary on July 25, 2017.

Since its inception as Nippon Kogaku K.K. in 1917, Nikon has provided the world with unique products that have pushed the boundaries of optical and precision technologies. The Anniversary range, which feature the 100th Anniversary logo and special finishes and details, include Nikon’s two flagship digital SLR cameras, the ultimate NIKKOR lens in the f/2.8 maximum aperture lens series, a special set of three NIKKOR lenses, and finally, commemorative editions of three binoculars.

A special collection of commemorative goods will also be available, please see our 100th Anniversary site http://www.nikon.com/100th/ for further details. 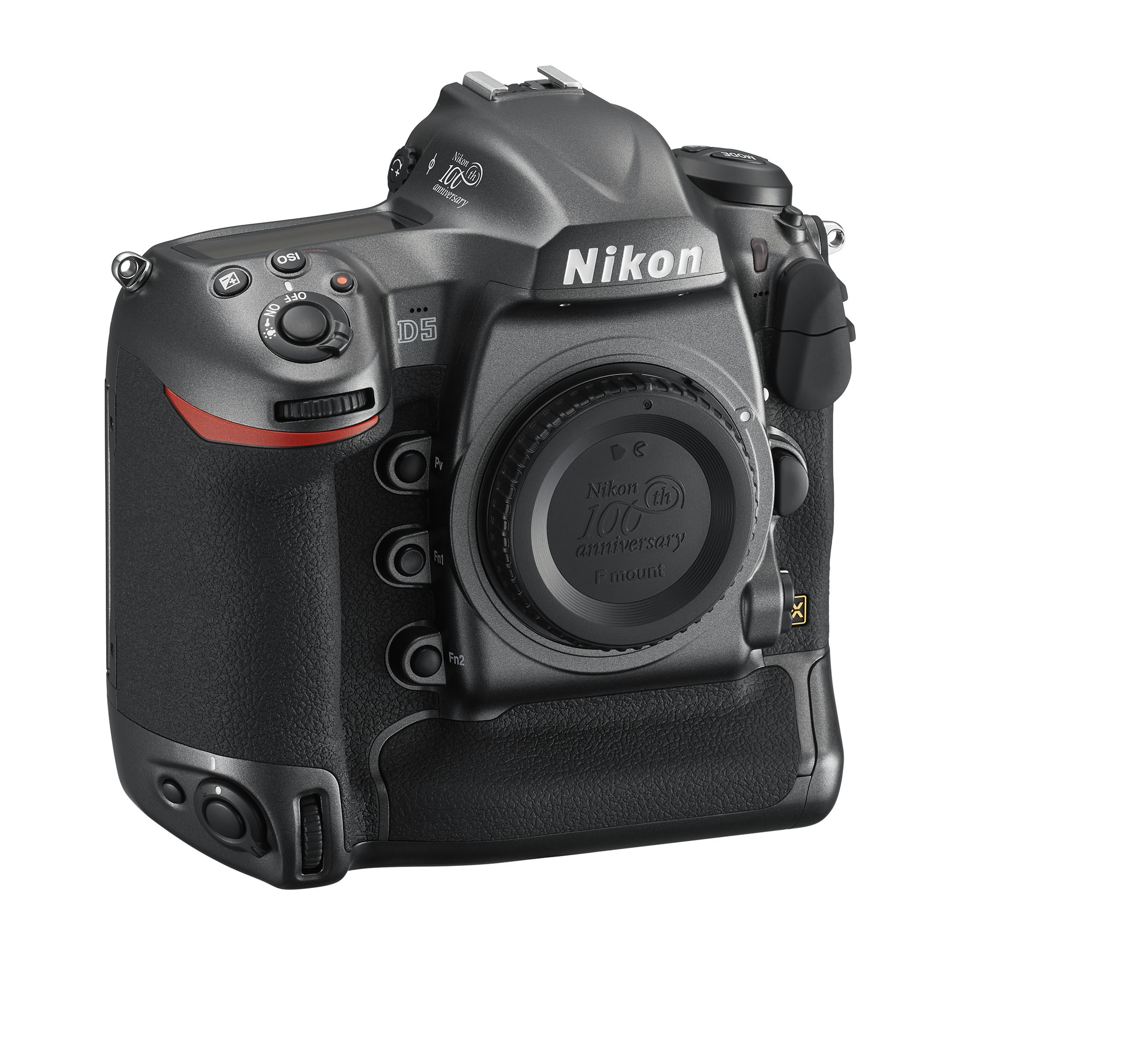 The D5 is Nikon’s flagship digital SLR camera. This edition, which embodies the heritage of a flagship model, has a dark metallic gray finish and a stamp noting Nikon’s contribution to the study and exploration of space. An anniversary booklet detailing this is also included. 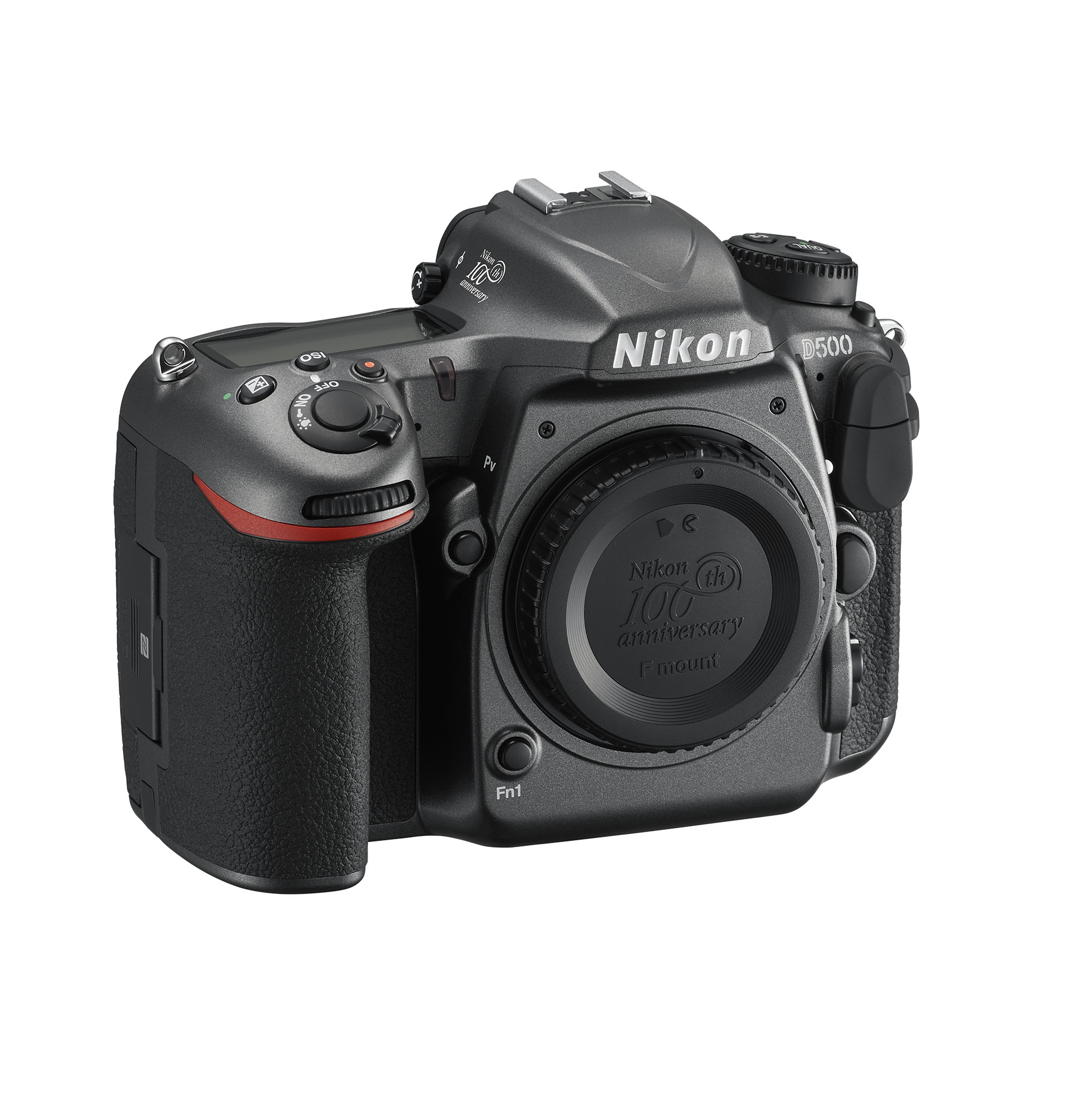 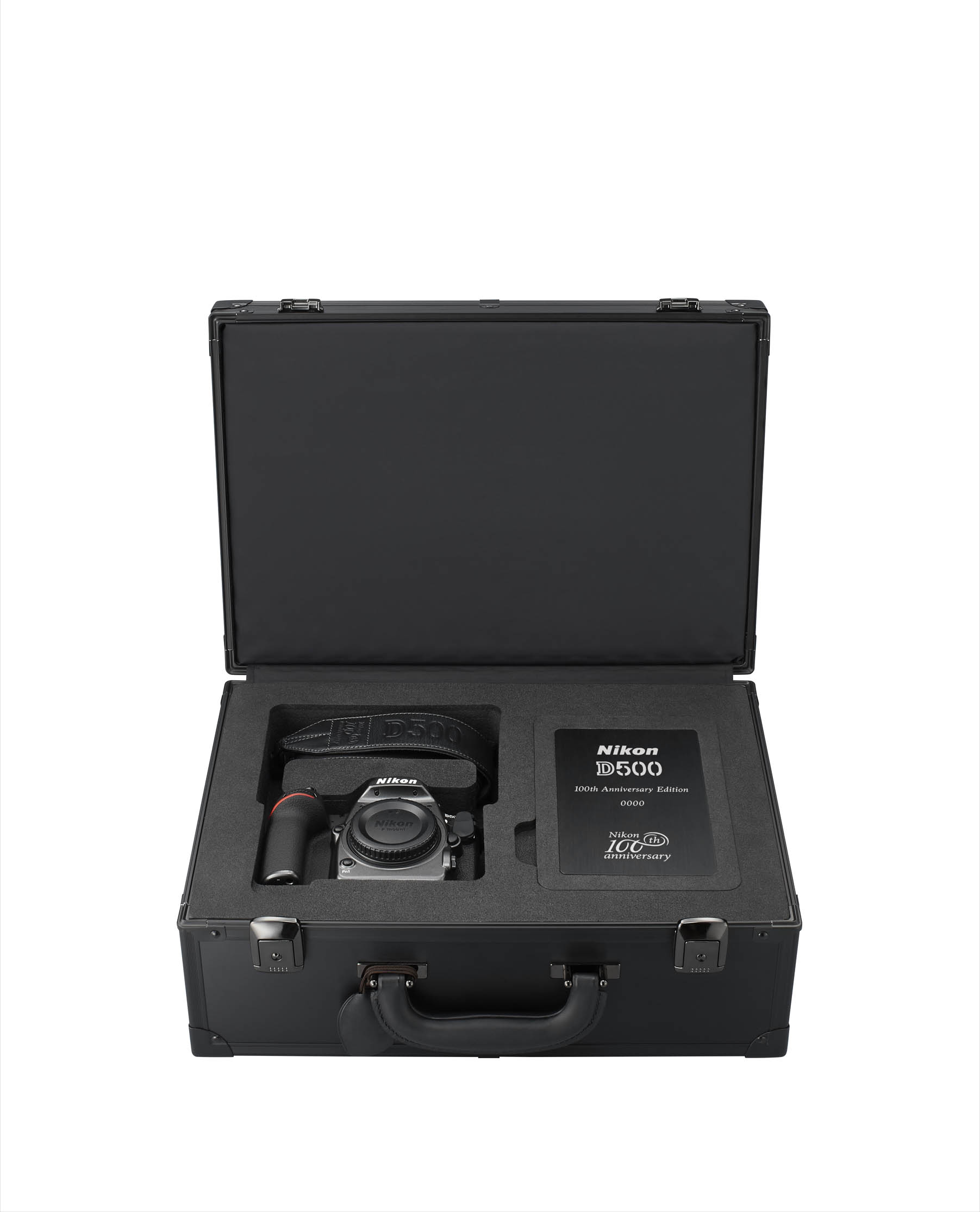 With a metallic grey finish and commemorative logo, the 100th Anniversary Edition combines elegance with photographic excellence. It comes with an exclusive metal case with logo and serial number, and contains a special body cap and leather strap also embossed with the logo. 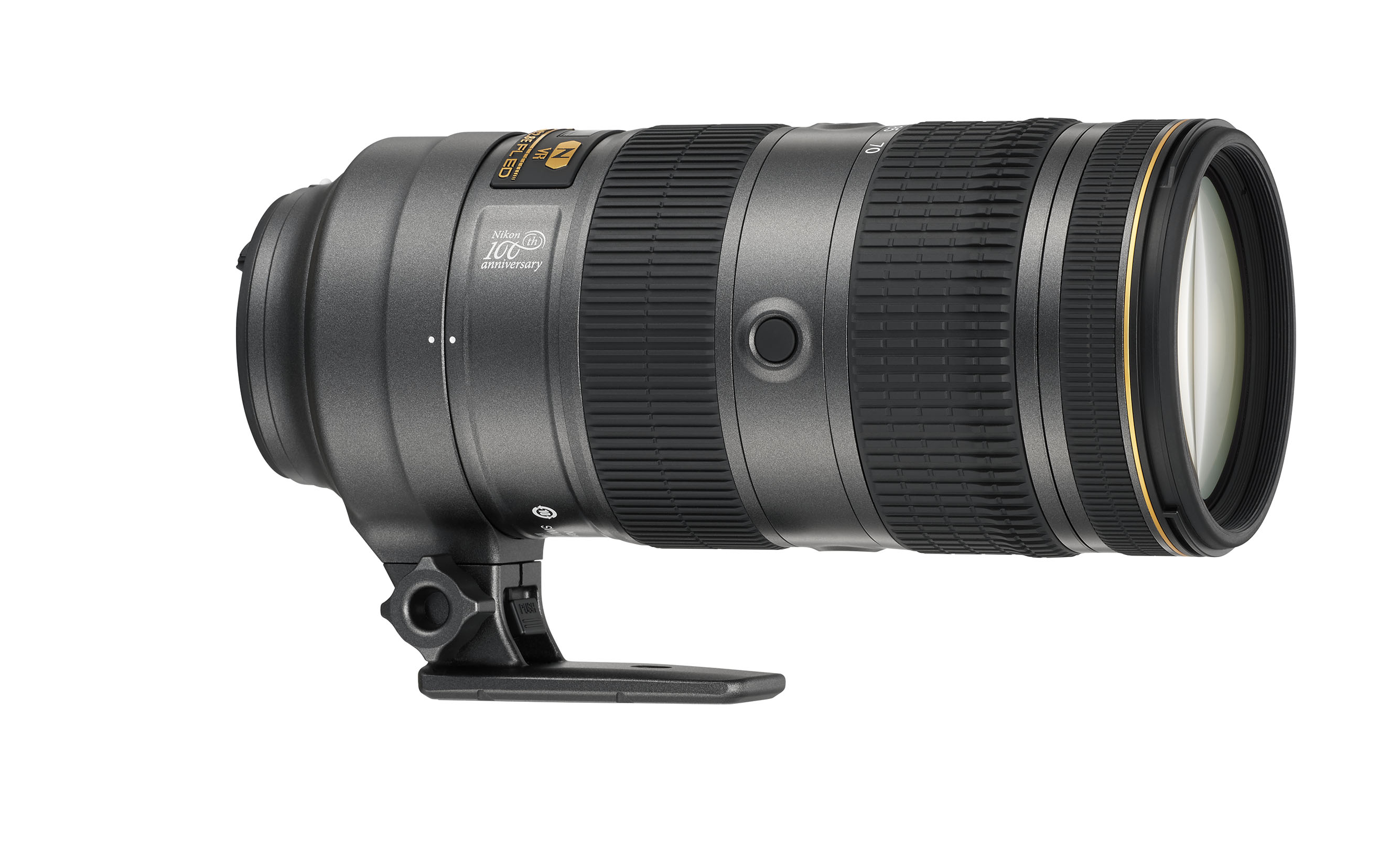 This celebration edition of the AF-S NIKKOR 70-200mm f/2.8E FL ED VR comes with the individual glass elements that make up its internal workings, as well as a special display stand and case, providing a real sense of how the lens achieves its characteristic rendering. 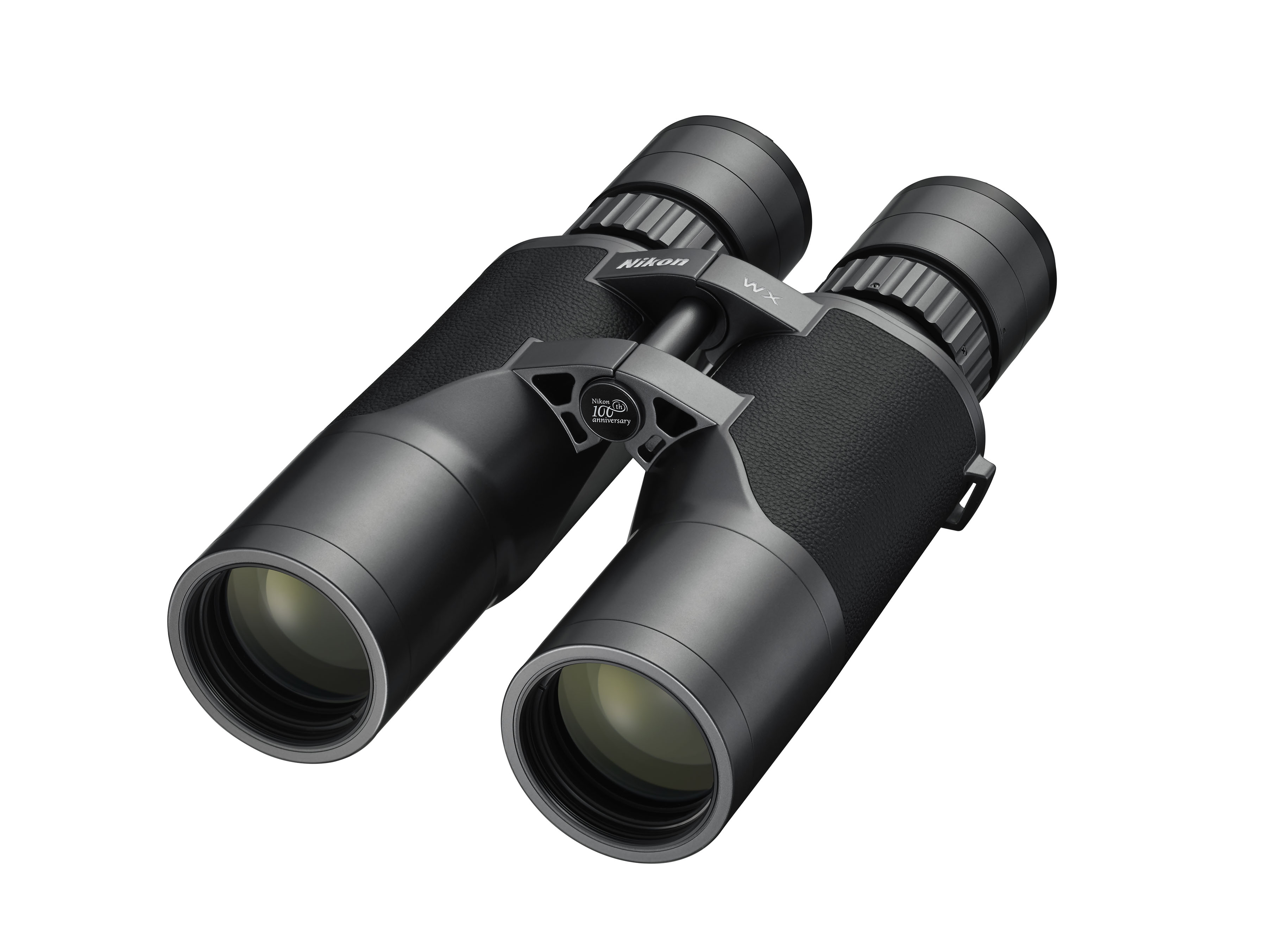 For these editions of the new, ultra-wide field of view WX series (WX 7×50 IF, WX 10×50 IF), an exclusive serial number is stamped on the top of the central shaft, whilst the Anniversary logo is printed on the bottom of the binocular’s central shaft, as well as on an exclusive WX leather strap that comes with the usual supplied strap.

This is a commemorative edition of the Nikon 8×30E II, a binocular with an orthodox and classic design used and loved by many over the years since its release. This edition features the commemorative logo and an exclusive metallic grey finish. It also comes with a special strap and case. 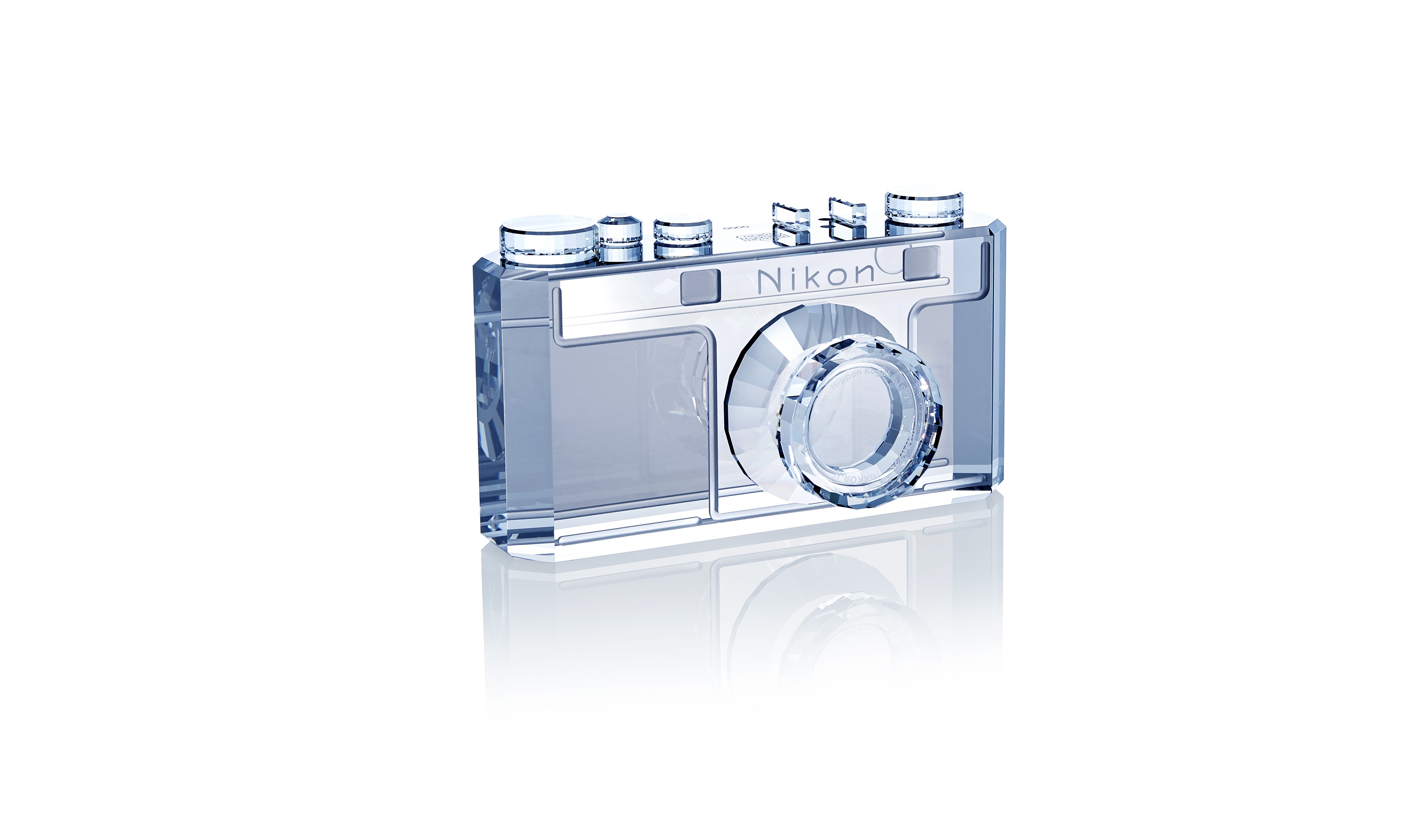 A beautiful crystal reproduction of the first Nikon 35mm camera from 1948, the iconic Model I, created by Swarovski*, the world’s leading crystal manufacturer.

This collection of lapel pins replicates Nikon’s most historic and popular products, as well as the corporate logo, over the past century. 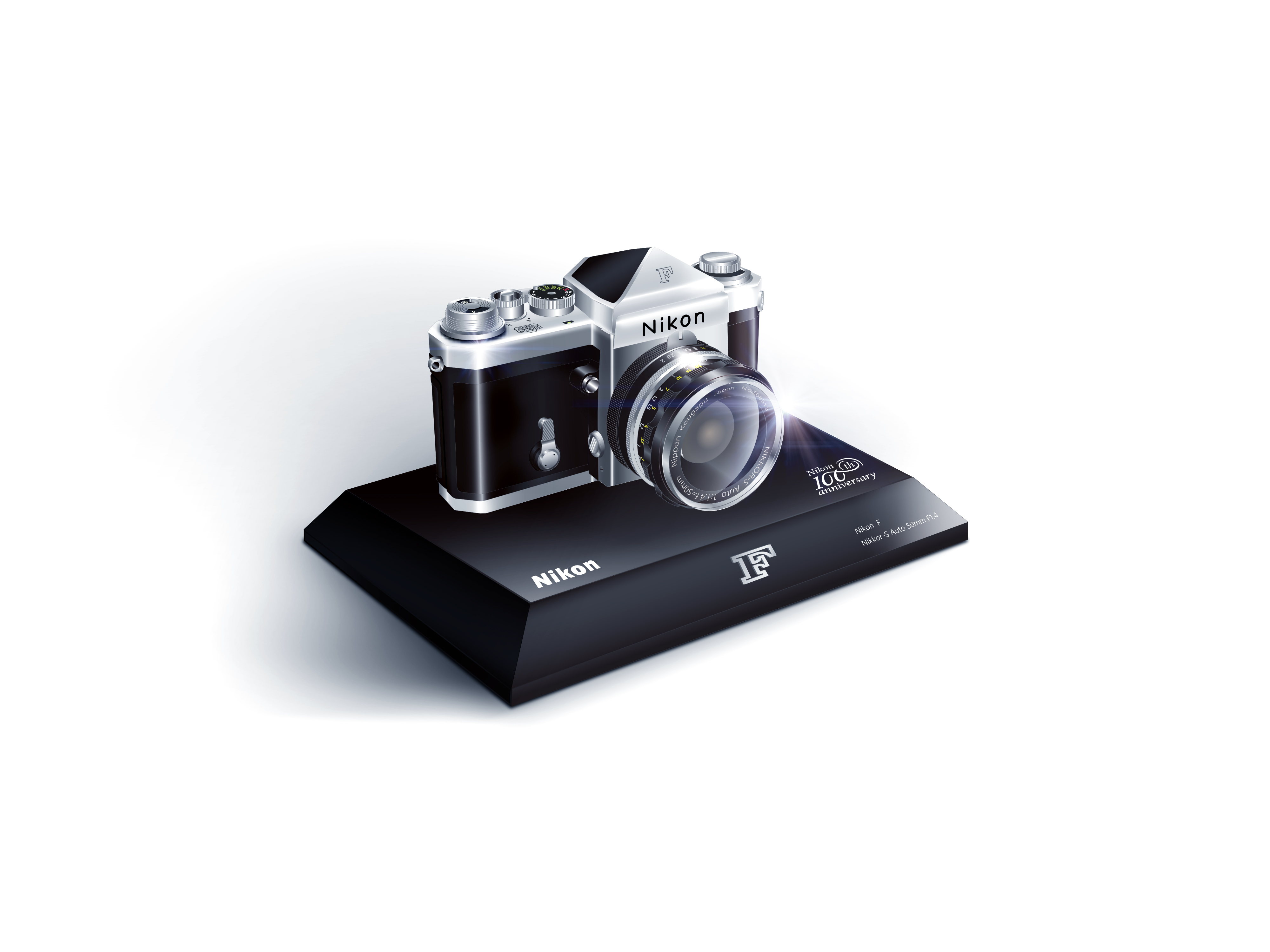 The historic Nikon F, Nikon’s first flagship model and the camera that set the standard for single-lens reflex cameras around the world, is faithfully reproduced with this 1/2-scale model. 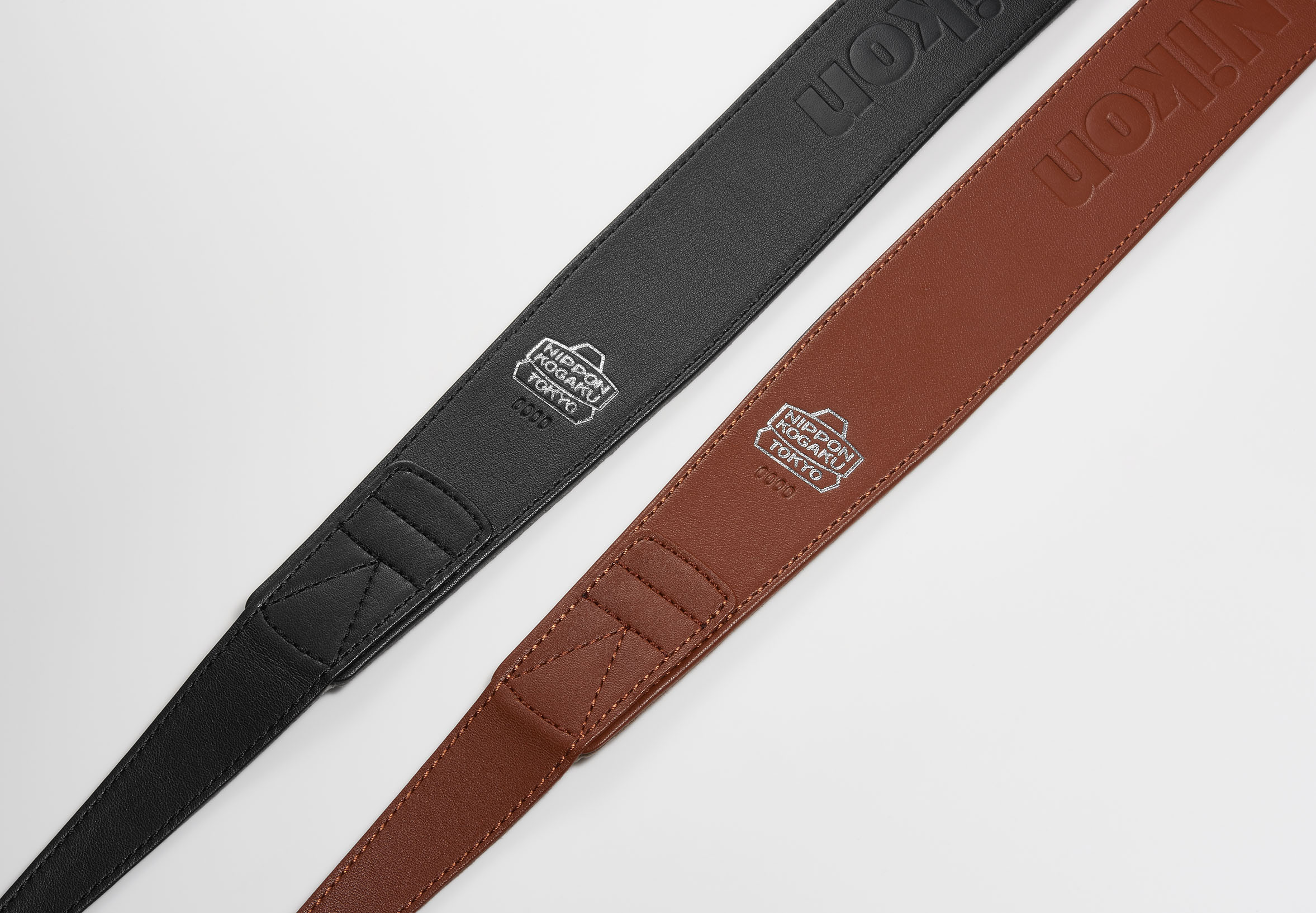 Made entirely of the best Italian leather that improves with use and age.

To register your interest for any of these items please contact us today on 020 7828 4925 or email info@graysofwestminster.co.uk.
Prices and further information regarding availability will be announced in June 2017.

Specifications, design, product name and supplied accessories may differ by country or area. Specifications and equipment are subject to change without any notice or obligation on the part of the manufacture.