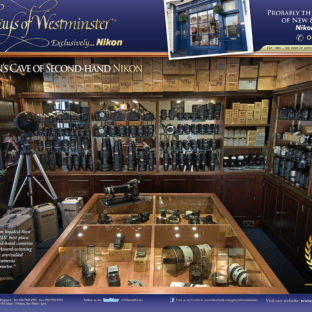 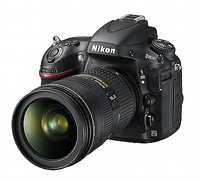 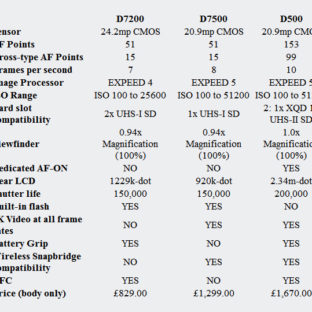 Where can one buy...? Grays of Westminster Newsletter 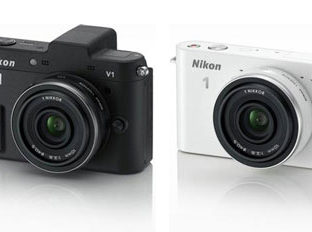 Posted on October 23, 2018 by Grays of Westminster Now that the Z 7 is starting to make its way into more and more photographer’s hands, we’ve been picking up questions along the way and thought it might be useful to compile these into one place. If you’re considering a Z 7 or have one already but haven’t had the chance to ask us about it, here are some of our most frequently asked questions and answers.

The form factor of the two are identical, but otherwise the two have considerably different workings inside. The primary differences, including resolution, AF systems, ISO ranges and frames per second can be found here:

The full list of differences can be found here. Q. What are the differences between the Z’s and DSLR bodies?

The main comparison being made is between the Z 7 and the D850 at the moment. Although the Z 7 and D850 have the same resolution sensor the key differences are in the size of cameras and the mount.

Nikon’s new Z mount means that the distance between the rear of the lens and the sensor is much shorter in comparison to a DSLR, and because of that the lenses can accomplish a more depth of field and sharpness at smaller apertures.

Not to oversimplify the differences, but primarily you’re looking at slightly newer technology in a smaller body.

We’re not saying that the Z 7 is going to replace out your D850 though. In fact, if you want to shoot fast moving subjects and do any sports or wildlife then we would still steer you towards the D850 for its AF speed and buffer cpacity . But for a lightweight and portable camera the Z 7 is a serious contender.

As to the Z 6, this compares to the D750 in terms of resolution with a similar 24mp sensor, but with these two the differences are comparatively greater. More autofocus points, better low-light performance and an entirely new ISO range means that if you’ve been waiting for the upgrade to your D750 then the Z 6 may well be the answer. Q. Will the Z series work with all of my lenses?

Thanks to the FTZ mount adapter there are very few lenses that won’t work with the new cameras. AF-S and AF-P lenses are compatible, and AF lenses are compatible in manual focus. You can also use manual focus AI, AIS and pre-AI lenses with limited metering ability, but thanks to the electronic viewfinder you can easily see the outcome of your image before you take it.

Q. Do I need to turn the VR on or off on my lenses?

The Nikon Z cameras have built-in Vibration Reduction or In-Body Image Stabilization. There are two VR modes built into the camera – Normal, for static subjects and Sports, for moving subjects. You can also turn the built-in stabilization off. When coupled with the FTZ and a Nikkor AF-S lens that benefits from VR, the Vibration Reduction in both body and lens work together. Even Nikon manual focus lenses will benefit from VR.

The principle of turning the VR off in lenses that don’t feature a ‘tripod’ mode still applies, and it is generally recommended to leave VR off on lenses if shooting at faster shutter speeds.

Q. What batteries work in the new Z cameras?

All EN-EL15 generation batteries will work in the mirrorless cameras with some limitations. Nikon have brought out a new EN-EL15b battery for USB charging directly in the camera. Earlier version of the EN-EL15 will not charge within the body itself but can be charged using the standard MH-25 charger which is supplied.

As with all new cameras, other software developers take a while to catch up in updating their Camera RAW plugins. Nikon Capture NX-D will work immediately with the Z 7 RAW files (and the Z 6 when it is available). Adobe have recently updated their Camera RAW plugin to include the Z 7 (Adobe Camera RAW 11.0) and other brands will be following suit shortly.

For more information regarding the Z cameras you can visit Nikon’s official website.

Or feel free to email us at info@graysofwestminster.co.uk with your questions.

If you would like to place an order for the Z 7 or add your name to our waiting list for the Z 6 please contact us today. We have some incredible new prices on our second hand bodies and lenses on top of the offer above, so if you’ve been eyeing up that camera or lens then October is the time to take advantage.